Dr. Dodis' research is primarily in cryptography and network security. In particular, he worked in a variety of areas including random number generation, leakage-resilient cryptography, cryptography under weak randomness, cryptography with biometrics and other noisy data, hash function and block cipher design, protocol composition and information-theoretic cryptography. Dr. Dodis has more than 130 scientific publications at various conferences, journals and other venues, was the Program co-Chair for the 2015 Theory of Cryptography Conference and the editor of Journal of Cryptology, has been on program committees of many international conferences (including FOCS, STOC, CRYPTO and Eurocrypt), and gave numerous invited lectures and courses at various venues.

Dr. Dodis is the recipient of 2019 IACR Test-of-Time Award for his work on Fuzzy Extractors, National Science Foundation CAREER Award, Faculty Awards from Facebook, Google, IBM and VMware, and Best Paper Award at 2005 Public Key Cryptography Conference. As an undergraduate student, he was also a winner of the US-Canada Putnam Mathematical Competition in 1995. 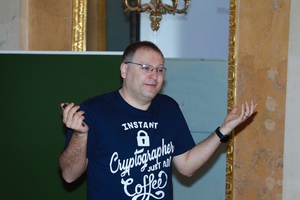 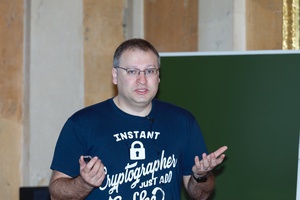 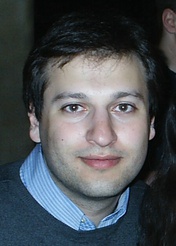